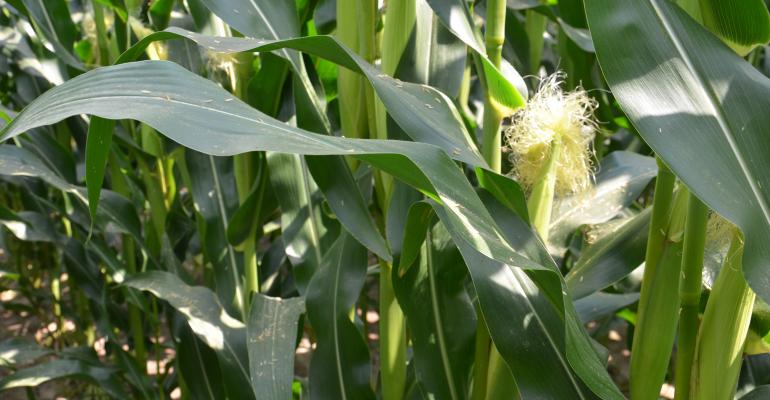 The first Bt corn was approved in 1996. Bt corn is genetically modified so that it produces proteins from the bacterium Bacillus thuringiensis to control corn borers, corn rootworms and other major corn pests. Exactly how the trait is produced determines which it provides.

Steve Naranjo, a scientist at the USDA Agricultural Research Service, worked with two entomologists from Agroscope, the Swiss counterpart to ARS, to do the largest, highest-quality analysis of data ever related to reviews of GMO-Bt corn versus conventional corn.

Based on this massive aggregation of data, they found Bt corn had no negative effects on most invertebrate groups, including ladybeetles, flower bugs and lacewings. Populations of parasitoid wasps, which prey on corn borers, were reduced.

When any negative effects were found for Bt corn, they were more likely in studies with private sector support. “When all the number crunching was done, what we found was that, overall, Bt corn just does not have negative effects on non-target organisms,” Naranjo concludes.

If everything goes as planned, fully autonomous drones will spray high-value specialty crops in the Salinas Valley sometime in 2023, thanks to their ability for an electric vertical takeoff and landing. The 15-foot-wide eVTOL drone developed by Guardian Ag can handle a 200-pound payload with its 6-foot prop blades — no pilot necessary.

Wilbur-Ellis, an early investor in the startup Guardian Ag, sees a bright future for this concept. Will it ever make it to corn and soybean country? Executive editor Willie Vogt, who reported on this breakthrough, believes it could eventually be a stepwise change for production agriculture, providing whole-field coverage in a timely, precise manner. Visit wilburellis.com or guardian.ag. See Partnership to build autonomous aerial application.

What do you call a product that not only stops diseases, but also may someday control resistant weeds, all by altering gene expression? Calling it a fungicide or herbicide doesn’t fit. Call it what you want, but keep an eye on it.

Large companies screen thousands of compounds in labs, looking for that magic molecule that will be a breakthrough pesticide for the next decade. Meanwhile, a new player develops products for agriculture though analyzing DNA and genomics. Executive editor Willie Vogt says this crop health company works with DNA libraries of pests and plants, seeking new solutions, rather than confining efforts to chemicals in labs.