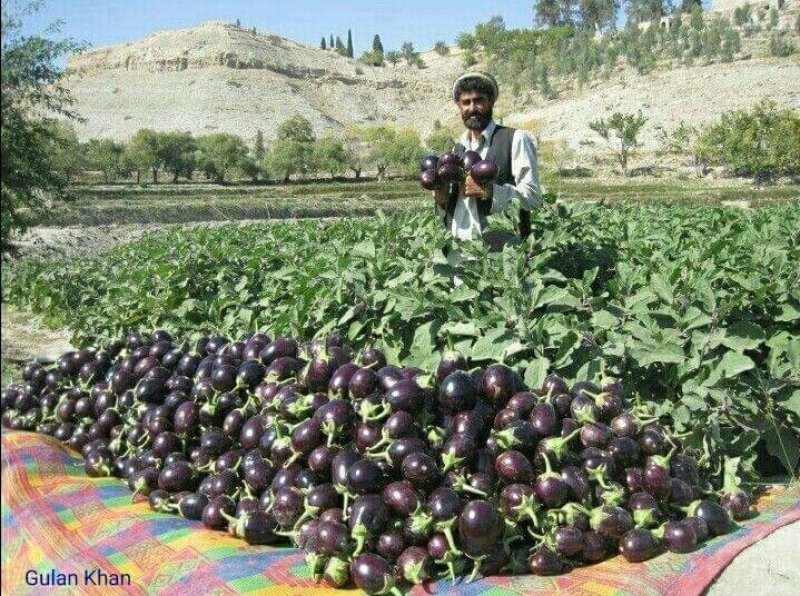 Insect-resistant brinjal, or eggplant, is arguably the most impactful project to bring agricultural biotechnology to resource-poor farmers.

Studies show that Bangladesh farmers, who began growing Bt brinjal commercially in 2014, have enjoyed a sizable increase in income, a receptive market and significantly reduced pesticide use. It is now on its way to commercialization in the Philippines, where it was recently approved for human food and livestock feed.

The crop has been genetically modified to contain a protein from Bt (Bacillus thuringiensis), a naturally occurring soil bacterium used widely in organic agriculture. It reduces pesticide use by providing inherent protection against the destructive eggplant fruit and short borer (EFSB). Field trials conducted in Bangladesh, the Philippines and India demonstrated that Bt eggplant is virtually immune to EFSB, safe for humans and the environment and welcomed by farmers.

While a number of studies have been published on Bt brinjal topics ranging from reduced pesticide use to market and farmer acceptance, a comprehensive documentation of the history and success of the project can only be found in Bringing Bt Eggplant to Resource Poor Farmers in Bangladesh and the Philippines. Thirteen authors, led by Cornell entomologist A. M. Shelton, offer a unique and detailed assessment of the project from its inception to the present.

Their account, recently published in a book titled Genetically Modified Crops in Asia Pacific, discusses the environmental and human health damage of using frequent insecticide sprays — sometimes twice daily — in a futile attempt to control EFSB. It also documents the development and commercialization of Bt eggplant in Bangladesh, where it was the first GM food crop adopted in South Asia, and how its use was stifled in India and slowed in the Philippines because of anti-GMO activities.

The project is unique because it represents a collaboration of the public and private sector to address a serious food security and production issue in Asia, where eggplant is one of the most important, inexpensive and popular vegetables grown. However, the EFSB is a persistent and destructive pest throughout the region, resulting in reduced yield and high pesticide use.

After the EFSB moth lays its eggs on the plant, hatching larvae can bore into stems, causing the plant to wilt, or into the fruits, making them unmarketable. Losses of 70 to 80 percent are common in Bangladesh, India and the Philippines, even with very frequent spraying.

Traditional breeding efforts have failed to produce plants resistant to EFSB. However, the Indian seed company Mahyco used common techniques of genetic engineering to incorporate the cry1Ac gene into an eggplant line that was then bred into local varieties for India, Bangladesh and the Philippines. This resulted in eggplant lines that were virtually immune to EFSB attacks — without the use of any additional sprays.

Cry1A genes have been used globally for more than 25 years to protect millions of hectares of corn and cotton plants from insect attack. Equally important, numerous published studies have demonstrated that the proteins produced by Cry1A are safe to humans and the environment.

With funding provided by USAID, Mahyco, Cornell University and public sector partners in India, Bangladesh and the Philippines formed a partnership in 2003 under the Agricultural Biotechnology Support Program II (ABSPII) to use biotech to help solve critical food problems, including insect damage to eggplant.

Though ABSPII ended in 2014, research on Bt eggplant continued with USAID funding under the Feed the Future South Asia Eggplant Improvement Partnership. The project ended this past March after shepherding considerable advancements for Bt eggplant.

Following the crop’s adoption in Bangladesh, efforts there focused on capacity building, seed production, stewardship and outreach communications. Work in the Philippines centered around facilitating commercialization by creating regulatory dossiers that meet international standards and communication and advocacy efforts. Activities in India stalled out after the government, under pressure from anti-GMO forces and an associated misinformation campaign, imposed a moratorium on the commercial planting of Bt eggplant. Though India’s biosafety body recommended commercialization of Bt eggplant, the moratorium remains in effect.

The success of Bt brinjal in Bangladesh is perhaps best quantified by its rapid adoption by farmers. Just 20 farmers grew it in the first 2013-14 season, a number that soared to 27,612 farmers by the 2017-18 season. Newly released figures indicate that more than 65,000 farmers grew Bt brinjal in the 2020-21 season. An estimated 15-to-20 percent of farmers planted seed saved from the previous season or shared by other farmers.

The documented benefits are equally noteworthy. Farmers growing Bt brinjal enjoyed a six-fold increase in net returns, according to a study conducted during the 2016–17 cropping season. It documented net returns of US$2,151 per hectare for Bt brinjal, compared with US$357 per/ha for non-Bt brinjal. A study conducted the following year documented a 51 percent increase in yield, a 128 percent increase in net revenues, a 37.5 percent reduction in pesticide costs and an 11.5 percent decrease in reports of pesticide poisonings.

“Seeing is believing” — the phenomenon of farmers wanting GM crops after seeing or hearing about their benefits — sums up the way forward for Bt eggplant, so long as governments simultaneously exercise the political will required to support the legal cultivation of the crops.

The political climate seems to be warming in the Philippines, given recent decisions by regulators there to allow both the cultivation of GM Golden Rice and the use of Bt brinjal for food and feed. Farmers are anxiously awaiting Bt brinjal’s full adoption.

But farmers in India have become increasingly frustrated as they continue to be denied access to a crop that their own regulatory body has deemed safe — and that their neighbors in Bangladesh been successfully growing for seven years now. Though Indian scientists continue their research into GM crops that both consumers and farmers would value, such as higher-yielding mustard and peanuts with low aflatoxin content, a hostile political environment has prevented the adoption of these crops.