Gene editing ‘would allow us to create hardier farm breeds’ 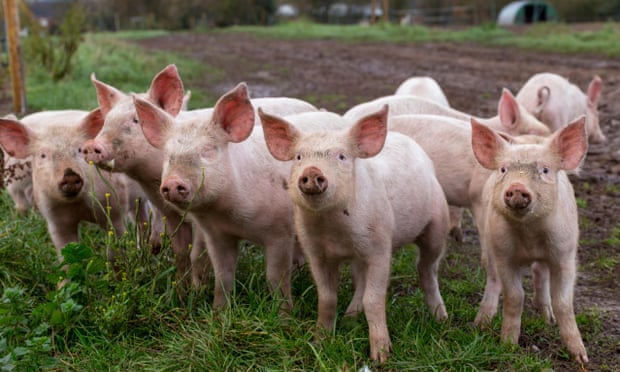 Published on September 26, 2021 | Robin McKie, Science and environment editor of ‘The Guardian’

The biotechnology is comparable to traditional breeding methods and vital to create livestock resistant to disease, droughts and heatwaves, says group

Leading UK researchers, vets and farmers have urged ministers to free livestock science of unnecessary legal curbs as the country prepares, post-Brexit, to ease gene-editing rules. Such a move would allow the creation of new breeds of animals resistant to disease, heat and drought, they argue.

The government is expected to propose easing gene-editing restrictions in the near future to enable the creation of new generations of crops. However, the group – which has written to the environment secretary, George Eustice – worries there is less interest in using the technology to create new breeds of pigs, cows and poultry.

“It is every bit as important that we use the enormous power of gene editing to create breeds of animals that are resistant to disease, droughts and heatwaves as it is to fashion new crop varieties,” said Professor Bruce Whitelaw of Edinburgh’s Roslin Institute. “This is particularly important as global warming intensifies and we strive to ensure we are protected against future outbreaks of zoonotic diseases.”

The value of gene editing in this latter field is shown by work carried out at Roslin and Imperial College London, where scientists have identified a gene that may confer resistance to influenza. “We can now think about using gene editing to create breeds resistant to avian and swine flu, and so curb outbreaks on farms, while also reducing the risk of triggering future pandemics in humans,” added Whitelaw, one of the letter’s signatories.

Other recent developments in the gene editing of livestock include the creation of pigs that can fight off a disease known as porcine reproductive and respiratory syndrome virus (PRRSV), which is devastating pig herds globally. “Using gene editing this way has enormous power to save billions of pounds and to stop animal suffering,” said Whitelaw.

Earlier, the creation of new strains of plants or animals in the laboratory involved the transfer of entire genes or groups of genes from one species to another and was known as genetic modification. The EU strictly regulates GM technology.

More recent techniques of gene editing involve making slight changes to existing genes in a plant or animal and are considered to be as safe as traditional plant breeding techniques. The European court of justice nevertheless controversially ruled in 2018 that gene editing was essentially the same as genetic modification and should be subject to tight rules.

“Gene-editing research in the UK has been hampered by the unnecessary and unscientific regulatory barriers we have inherited from the EU,” said Professor Helen Sang, also of the Roslin Institute and a signatory of the letter. “This leaves us lagging behind the approach taken in other parts of the world, such as Japan, Australia, Argentina, Brazil and Canada.”

Britain is expected to throw off these legislative shackles with an announcement soon from the Department for Environment, Food and Rural Affairs. However, a report by the Taskforce on Innovation, Growth and Regulatory Reform earlier this year advised the government to press ahead with regulatory reform of gene editing of plants and crops but was more cautious about its use on livestock.

Such an emphasis would represent a lost opportunity, said Professor Lord Trees, an expert in vaccine parasitology and another signatory to the letter. “The UK’s strength in genome sequencing, together with our preservation of rare breeds and genetic diversity offers great potential.

“This could have a very significant impact in reducing antimicrobial and antiparasitic drug usage and help overcome the challenges of resistance to chemical treatment, as well as the problem of environmental contamination with drug residues.”

Many green groups remain opposed to the creation of new, gene-edited breeds of pigs, cows and poultry, arguing that they will only worsen the intensification of factory farming.

“Some people just don’t like the idea of genetically altering animals,” said Whitelaw. “But we have been doing that for thousands of years, and have turned wolves into chihuahuas and no one seems to mind.”