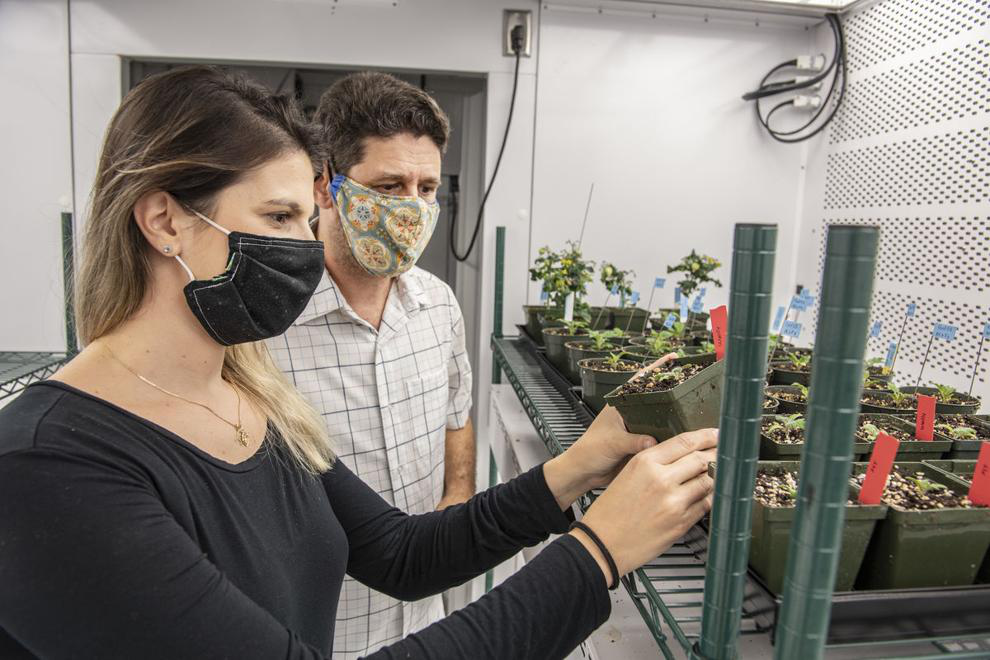 According to 2018 figures, the total global production of tomatoes stands at 188 million tons. Such a massive production requires the usage of a proportional amount of pesticide to make sure that enough tomatoes can be harvested to meet market demands. Pesticide use has been a growing concern because of the long-term negative impacts it poses on our environment and potentially our health.

While institutions like The US Environmental Protection Agency monitor pesticide use to minimize their impact on the environment and make sure that they leave minimal residues on farm produce safe enough for human consumption, other complementary and novel efforts towards sustainability and greening of conventional farming practices should be sought aggressively.

An associate professor in biochemical genetics in the Davis College of Agriculture, Nature and Resources Design, Vagner Benedito hopes to develop tomato variants that will further reduce, if not eliminate, the use of pesticides. Benedito says that some wild tomato varieties have been found to have glandular trichomes—minute hair-like growths on tomatoes—that produce certain chemicals which provide high levels of resistance to a wide range of insect pests.

Through crossbreeding wild variants with that of a dwarf variety of tomatoes, Benedito is working along with postdoctoral researcher Eloisa Vendemiatti and geneticist Lazaro Perez to further understand the genes that make the trichomes, in hopes of producing a tomato that is commercially viable yet possessing pest-resistant qualities of the wild tomato.

While the study is still in development, identification of the gene responsible for pest resistance can be beneficial to developing pest resistance in other products like potatoes, another pest vulnerable crop. Through such efforts, Benedito hopes to create a variant that would be less costly to produce for farmers, safer for consumers, and one that would have lesser negative impacts on the environment.

*Biotechnology Coalition of The Philippines