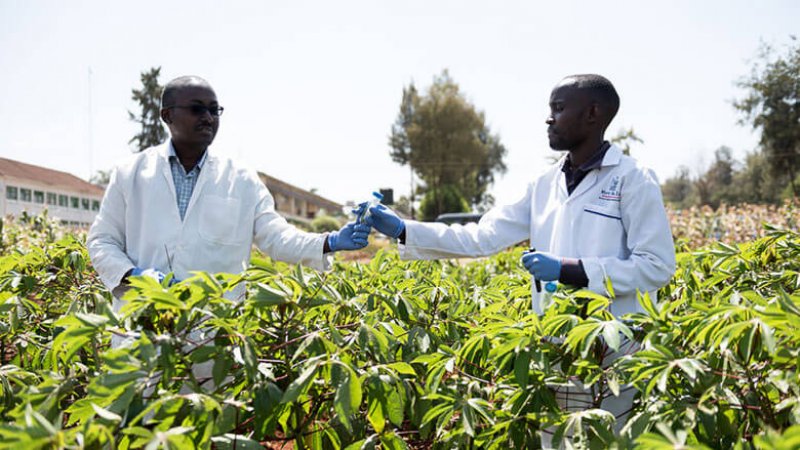 Kenya’s agriculture is set to benefit from several gene-editing projects that target some of the country’s key food crops and livestock.

Gene editing, also known as genome editing, is a set of advanced plant and animal breeding techniques that can help to produce crops and livestock that can thrive in diverse ecological settings. Genome editing comprises a group of technologies that give scientists the ability to change an organism’s DNA. The technologies allow the addition, removal or alteration of genetic material at specific locations in the genome.

Kenya is a market leader among African countries in this area of biotechnology. The country has begun drafting guidelines to regulate gene-edited products, applying procedures that have been formulated in Argentina.

A report produced by the International Service for the Acquisition of Agri-biotech Applications (ISAAA AfriCenter ) and titled “Genome Editing in Africa’s Agriculture 2021: An Early Take-off,” details some of the gene editing projects underway in Africa. 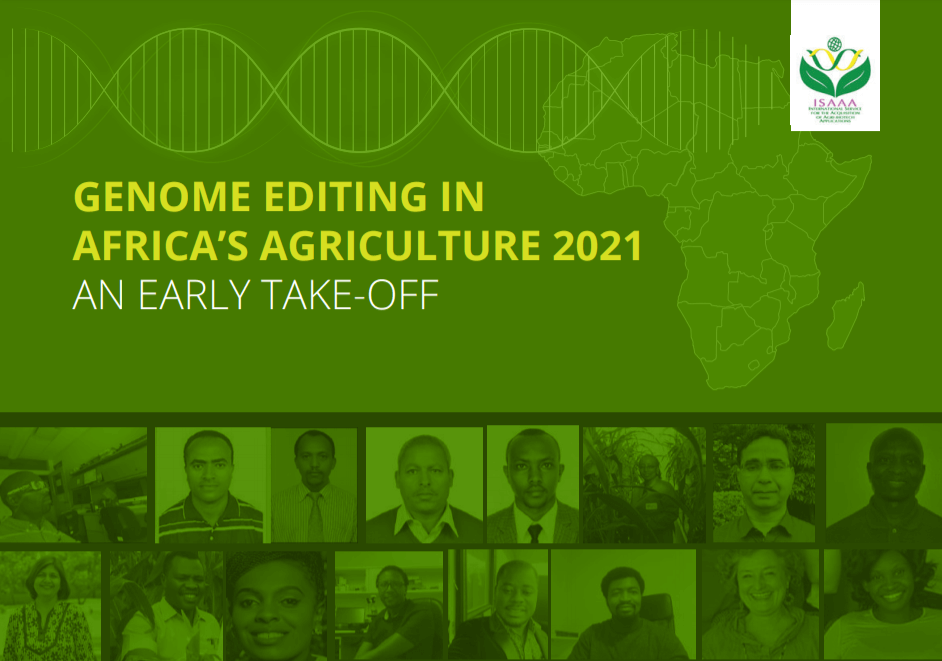 Kenya is among three countries in the eastern African region that have ongoing projects in genome editing in agriculture, with eight scientists working on various projects. Uganda and Ethiopia are the other two.

One of Kenya’s gene editing projects seeks to build resistance in the sorghum plant against the parasitic striga weed. The project is by Prof. Steven Runo, a professor of molecular biology at Kenyatta University. The project is evaluating knocking out the LGS1 gene to confer striga resistance in sorghum. Striga is a huge constraint to the production of sorghum and other cereal crops. Most cultivated cereals, including maize, millet, sorghum and rice, are parasitized by at least one striga species, leading to enormous economic losses.

Sorghum is an important crop in Kenya that is in high local demand not only for food and fodder, but also in the brewing industry, which requires over 30,000 metric tonnes of white sorghum.

In another project, scientists are applying gene editing to control maize lethal necrosis (MLN), a disease that causes severe losses to maize in Kenya and neighboring countries.  The project, headed by Senior Research Scientist James Kamau Karanja, will introduce resistance against MLN directly into parent inbred lines of popular commercial maize varieties, which are currently susceptible to the disease, and reintroduce them into the farmers’ fields in Kenya with possible scaling out to other countries in East Africa.

These are two dangerous diseases affecting pigs and cattle, respectively.

CRISPR, which stands for “Clustered Regularly Interspaced Short Palindromic Repeats”, is a method in biological research that has many applications in agriculture. It has become an important tool for improving crops to confer disease- and pest-resistance, abiotic stress tolerance and improved nutritional content.

Elsewhere in Africa, scientists are using gene editing approaches to develop high yielding and disease resistant crops and livestock. In Ethiopia, a group of scientists is seeking to improve oil qualities of Ethiopian mustard (Brassica carinata) through application of CRISPR/CAS 9-based genome editing. A project in Uganda is applying targeted gene editing towards development of high yielding, stress-resistant and nutritious crops, which include cassava, rice and maize.

Others include a gene-editing research project in Egypt to produce drought tolerant wheat, a Nigerian investigation into the role of ANP32 proteins in the replication of Avian influenza Virus, which affects poultry, and efforts to develop higher-yielding and more nutritious sweet potato in Ghana.