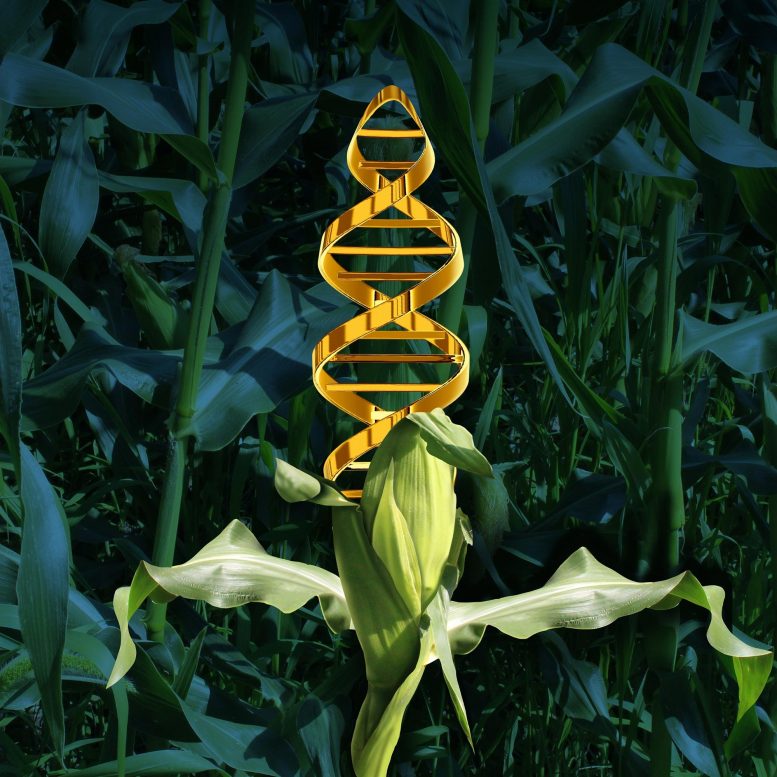 Grass crops are able to bend the rules of evolution by borrowing genes from their neighbors, giving them a competitive advantage, a new study has revealed.

Research, led by the University of Sheffield, is the first to show that grasses can incorporate DNA from other species into their genomes through a process known as lateral gene transfer.

The stolen genetic secrets give them an evolutionary advantage by allowing them to grow faster, bigger or stronger, and adapt to new environments quicker. These findings could inform future work to create crops that are more resistant to the effects of climate change and help to tackle food security problems.

The Sheffield team studied grasses, which include some of the most economically and ecologically important plants, such as the most globally cultivated crops wheat, maize, rice, and barley.

Dr. Luke Dunning, senior author of the research from the Department of Animal and Plant Sciences at the University of Sheffield, said: “Grasses are taking an evolutionary shortcut by borrowing genes from their neighbors. By using genetic detective work to trace the origin of each gene, we found over 100 examples where the gene had a significantly different history to the species it was found in.

“The findings may make us as a society reconsider how we view GM technology, as grasses have naturally exploited a very similar process. If we can determine how this process is happening it may allow us to naturally modify crops and make them more resistant to climate change.

“What we are seeing is not hybridization, but the consequences are similar. Lateral gene transfer can move genetic information across wider evolutionary distances, which means it can potentially have even bigger impacts.

“Whilst only a relatively small proportion of genes are transferred between species, this process potentially allows grasses to cherry-pick information from other species. This likely gives them huge advantages and may allow them to adapt to their surrounding environment quicker.

Samuel Hibdige, first author of the research and PhD Researcher from the University of Sheffield, said: “We still don’t know how this is happening or what the full implications are. But, we know it is widespread in grasses, a family of plants that provide a majority of the food we eat.

“We detected foreign DNA in a wide range of grasses with all kinds of life-history strategies indicating it is not restricted to those with a specific trait. However, we did detect a statistical increase in species which possess certain kinds of modified stems called rhizomes.”

Since Darwin, much of our understanding of evolution has been based on the assumption that common descent is the rule for plant and animal evolution, with genetic information passed from parents to offspring.

The team’s next steps will be to determine the biological mechanism behind this phenomenon and to investigate whether this is an ongoing process in crops that contributes to the differences we observe between crop varieties.