It turns out crops have been genetically modifying themselves for decades 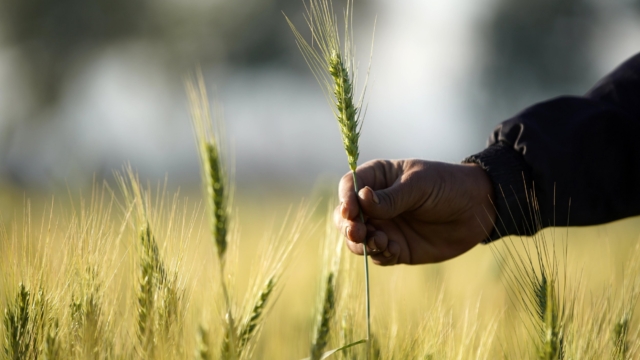 New study finds that grass crops such as wheat and barley have a habit of borrowing genes from neighboring species to make them stronger.

Wheat, rice, barley and other common crops routinely steal genes from neighboring plant species to make them stronger, according to a new study that is likely to feed into the controversial debate about genetically modified (GM) crops.

Although ‘lateral gene transfer’ has been shown in fungi and algae before, this is the first time it has been demonstrated in ‘grass’ crops.

These crops are able to bend the rules of evolution by borrowing genes from their surroundings to give them a competitive advantage.

The stolen genetic secrets allow them to grow faster, bigger or stronger and adapt to new environments quicker, although it is not yet clear how the process works.

These findings could inform future work to create crops that are more resistant to the effects of climate change and help to tackle food security problems, the researchers said – although its contribution to the GM debate is not likely to be clear cut.

“The findings may make us as a society reconsider how we view GM technology, as grasses have naturally exploited a very similar process,” said Dr Luke Dunning, a NERC independent research fellow for the Department of Animal and Plant Sciences at Sheffield University.

“If we can determine how this process is happening it may allow us to naturally modify crops and make them more resistant to climate change,” he said.

“Whether this is ammunition for the pro- or anti-gene editing or GM lobby depends on your existing preconceptions in this debate. It could be argued that if grasses are already doing this naturally, then why shouldn’t we?

“Conversely, this research shows that genes can freely move between grass species regardless of how closely related they are. Therefore, any gene inserted into a modified grass crop may eventually escape into wild species generating so-called superweeds,” Dr Dunning added.

The study was published in the journal New Phytologist.