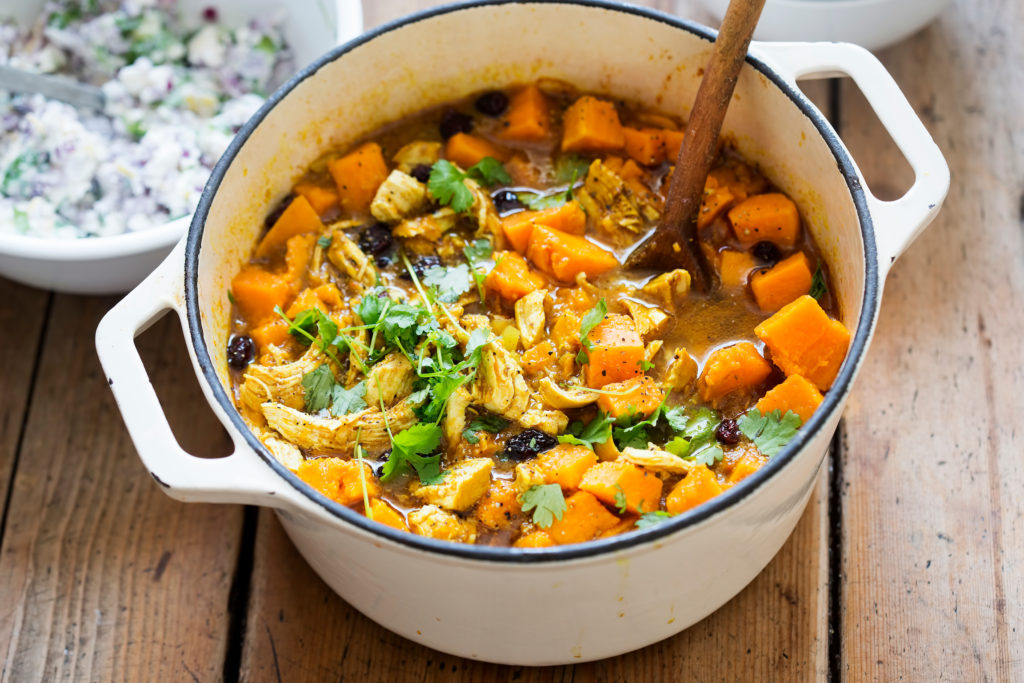 Research on Ghana’s first gene-edited crop — a high-yielding sweet potato with increased beta carotene content — is under way at the University of Cape Coast.

“For sweet potatoes, we want to look at how we can use the CRISPR-Cas9 system to increase beta carotene,” said Samuel Acheampong of the university’s Department of Molecular Biology and Biotechnology, who has been working on the project for the past year.  “Beta carotene is a big deal for us because as animals, when we eat beta carotene, our cells are able to convert them into vitamin A.”

The World Health Organization estimates that between 250,000 and 500,000 children in developing nations go blind every year as a result of vitamin A deficiency, making it the world’s leading preventable cause of childhood blindness. Some 50 percent of them die within a year of losing their sight. Respiratory illnesses and infectious and diarrheal diseases in children also have been linked to vitamin A deficiency.

Acheampong is using CRISPR-Cas9 to knock out the genes responsible for the production of an enzyme in the sweet potato that converts beta carotene into other products. This will leave higher beta carotene content in the crop, which when consumed by humans will allow them to produce vitamin A. Sweet potato is a very popular vegetable in Ghana, making it ideal for a biofortification effort of this kind.

The Ghanaian scientist started the research while studying at North Carolina State University in the United States. He has since transferred the work to his lab back home at the University of Cape Coast. “I’m at the developmental stage,” he explained when the Alliance for Science visited his lab. “I’m developing the metrics to optimize the conditions for efficient regeneration of sweet potatoes.”

Additionally, Acheampong is researching how to increase the size of the crop’s storage roots. “I’m looking at a set of genes which affects the transport of sugars in plants. So I’m trying to use the CRISPR genome editing to knock out some sets of genes so that there will be more flow of sugars in the crop, which will definitely lead to increase in the yield.”

Asked why he chose to work on sweet potato, Acheampong explained it is an important crop because it is very resilient, has high yield and is adaptable to many environmental conditions.

Acheampong said he decided to use the CRISPR gene editing tool to improve the plant because conventional breeding techniques are more difficult to apply.

Acheampong describes CRISPR gene editing as a straight to the point, efficient and easy to use plant breeding tool.

“For genome editing, we don’t need much,” he said. “Once you have a basic tissue culture laboratory, we can do genome editing. Once you have your autoclave and you have your growth chamber, you are done. You are good. This is something that’s basic for any lab that you can think of that’s properly functioning anywhere here in Africa… CRISPR is actually a game changer.

“Genome editing, relatively, is cheap,” he added. “You don’t need so much expertise to do it. You don’t need very specialized instruments before you can do it… So it makes CRISPR genome editing a very potent technology for food production and future food security.”

CRISPR gene editing is a tool for modifying the genomes of living organisms using CRISPR-Cas9 DNA from bacteria. “One thing about gene editing is, it’s a one-time event,” Acheampong said. “Once you introduce the Cas9, the Cas9 cuts the DNA. Now, when that cut is made, the organism will repair. And once the repair is done, that is all. Cas9 is just an enzyme. Within a few minutes or hours, it is degraded or denatured. There is no trace of it in the organism again.”

It differs from genetic modification because “you are not introducing anything new from another organism,” he said. “It’s the same organism but some changes are made. So it’s like a shirt that is stained; you use a bleach or anything to clean off. After you clean it off, there’s no trace of the soap or the bleach that you use. That’s how gene editing works.”

Since this is the first research project to use CRISPR in Ghana, Acheampong is convinced that its success will pave the way for using the technology to solve several other agricultural production challenges in the country and Africa as a whole. “In Ghana, we have a big problem with iron deficiency, anemia. The food we eat, the iron content is low, and we can use gene editing to increase the iron content. There are many other traits that we can use gene editing to [improve],” he noted.

“In the US, they have used it, they have been successful in many plants,” he added. “For Ghana and West Africa, we are now also doing it. You see, when technology comes, you have to adapt it to your own situation and use it to your advantage. So I believe that when this one goes up, it will encourage other scientists to also pursue studies related to the CRISPR-Cas9 system.”

If this work proves successful, it’s going to be very big for the scientific community and those who are interested in food production, Acheampong observed.

He estimates it will take him up to five years to complete his research before any conversation can begin around putting the product in the hands of farmers. “Getting it to the market may take a long time, depending on regulations, etc.,” he said.

Ghana’s biosafety law makes no room for gene edited crops and the government has not taken a position on how to regulate them. Still, Acheampong is confident farmers and the public will accept his product.

“Right now, they don’t have much understanding of the technology,” he observed. “And I believe that as time goes on and as we explain this, people’s understanding will get better and better. So I definitely believe that they will accept it.”

“Governments across Africa should embrace genome editing to improve traits in your crops because when government sponsors a project, a project becomes successful and is given out to the people,” he said. “I believe people will be more confident in it than allowing biotech companies to develop it and then sell it to farmers… It will be affordable, everybody can have easy access to it and use it.