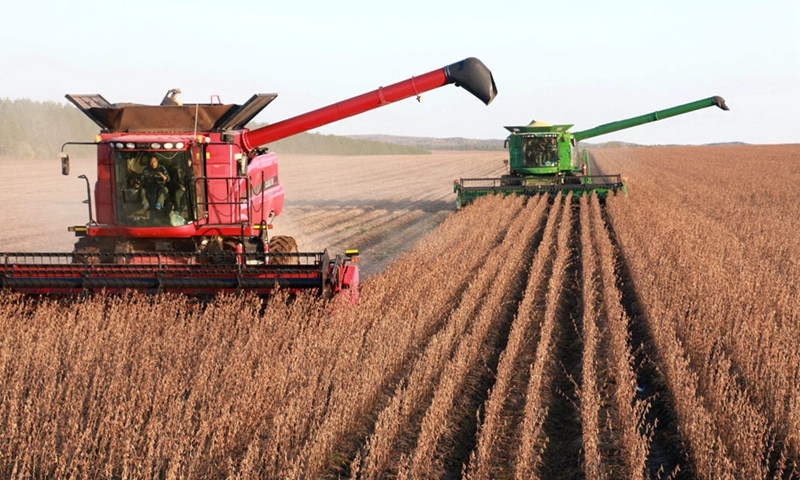 China will support innovative research and development (R&D) of genetically modified organisms (GMOs), according to a document published by the Ministry of Agriculture and Rural Affairs on Thursday, which analysts said was a move to strengthen food security, especially involving seeds, in China.

As shown in the document, China will support R&D of innovative agricultural GMOs, such as new genes, new technologies and new products.

Wang Gangyi, a professor at Northeast Agricultural University, said that the document actually supports R&D involving seeds — the heart of agriculture. Seeds are as essential in the sector as chips are in the industrial field.

Imported seeds account for only 0.1 percent of crops raised in China, but some varieties of food are more than 90-percent reliant on imports. For example, the import dependence of broccoli reaches 95 percent, according to open data.

“R&D involving new genes and innovations is encouraged to improve the exploration of seeds and the efficiency of planting. Compared with the rest of the world, China’s seed bank is very large, but the utilization rate is low. The main targets are soybeans and corn for feed, through molecular breeding,” Wang told the Global Times on Thursday.

Wang said that soybean output in China is very low due to the lack of water. Even if all of China’s existing arable land were devoted to soybeans, the yield would not be enough to supply the feed needed to raise pigs for pork, making China strongly import-reliant on soybeans and corn.

“The genetically modified research and marketing of Chinese people’s staple food, such as rice and wheat, has been and will be careful, because scientists need a long time to explore the effects of GMOs on human beings. Production of rice and wheat in China is sufficient,” Wang noted.

China will also ensure that enterprises play a dominant role in the promotion and application of agricultural GMOs, as well as R&D, read the document of the Ministry of Agriculture.

Analysts said that this is the first time that enterprises will become a main force in seeds R&D, in addition to universities and institutions.

Enterprises know the market, which is an area where academic institutions are weak. With the results of the R&D, Chinese agricultural enterprises, especially seed enterprises, will be able to account for more global market share, an agricultural analyst surnamed Ma told the Global Times.

Ma added that China has been exploring and developing its seed resources since June last year, and the latest document is in line with other policies to strengthen food security.