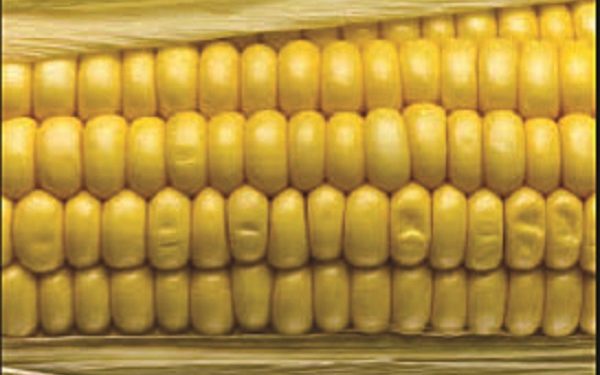 As farmers continue to face the challenge of traditionally low yield factor due to attack by pests and diseases on crops, the country still depends largely on import to meet up with local consumption.

As a result, if farmers want to get a good yield, they need to apply multiple insecticide sprays during the course of the production in the fields which research has shown the application of insecticides lead to food poisoning and other problems associated with it.

Prior to this, the Institute for Agricultural Research (IAR), Ahmadu Bello University, Zaria in collaboration with various partners under the coordination of the African Agricultural Technology Foundation (AATF) after 10 years of extensive research developed the Bt Cowpea known as Pod Borer Resistant (PBR) cowpea and currently, was working on TELA maize project, a new variety of maize which is Water Efficient, meaning that it is drought tolerant and also fights insects and pest such as Fall Armyworm.

Nigeria’s decision to develop and approve the genetically modified cowpea and maize has boosted hopes for technology in Africa and a way to encourage farmers who lost hope in continuing with these crops.

The PBR cowpea which became an option to many beans farmers after it was approved for commercial release by the National Committee on Naming, Registration and Release of Crop Material on December 12, 2019, has been on high demand by farmers across the country.

Speaking on the newly released cowpea during a town hall meeting with farmers  in Kano, the Executive Director of Institute for Agricultural Research (IAR), Professor Mohammed Ishyaku said the improvement is to enable the cowpea to resist the attack of a very difficult insect called Maruca (Pod Borer).

Prof. Ishyaku explained that the improvement along that line has been  accomplished, and it is one of the most difficult constrain of cowpea production.

Speaking on the possibilities of storage weevils attacking the beans, he said efforts were being made by scientists to improve on the GM cowpea so that it could resist the attack of the storage weevil which destroys the cowpea after harvest.

“There is a serious storage weevil called cowpea storage weevil, that is what is threatening cowpea consumers health, in some instances where they are stored improperly, but we have so far developed very safe and cheap preservation method that can keep the cowpea grains healthy for a long period of time without the use of chemical.

“Earlier, we have improved cowpea in the area of shortening its maturity period, we have also developed cowpea varieties that are tolerant to drought, we have equally expanded into the development of cowpea variety that will answer the consumption pattern of different consumers of cowpea.

“We are continually improving as long as consumers, processors come up with problem, we will get back to our research and be able to take the problem”.

“Additionally, in the area of genetic improvement, we are trying to develop cowpea that will be able to protect themselves against the weevil, we have that at the back of our mind and it is a work in progress”, he added.

Corroborating this, the Trial Manager of PBR Cowpea, Mohammed Umar from the Institute for Agricultural Research (IAR) Zaria, while explaining how the PBR cowpea was developed using modern technology, said the gene that confers the resistance to the crop was identified from a soil bacterium called. Bacillus thuringiensis which is harmless.

He further said the GM cowpea is safe for consumption and environment.

The PBR Cowpea Manager for African Agricultural Technology Foundation (AATF), Dr Issoufou Kollo Abdourhamane, urged farmers to encourage others on the improved cowpea variety so that they can also enjoy the great benefits it provides.

He said the farmers’ expression at the town hall meeting, showed they were satisfied with the result of they got from planting the PBR Cowpea.

“The impression I have is that farmers are satisfied with these products. Many of them know that the cowpea variety is good because they have grown it in their field.

“One of the most important benefits of PBR Cowpea is that it resists striga and Electra, in maize, striga is also a big problem, so this is the area we will improve on for farmers who have striga in their maize farms.

“This improved cowpea variety brings true joy to cowpea farmers and enables them to make more money which they can use to expand their farms, pay for the children’s education, buy other basic needs and pay for healthcare services”, he said. 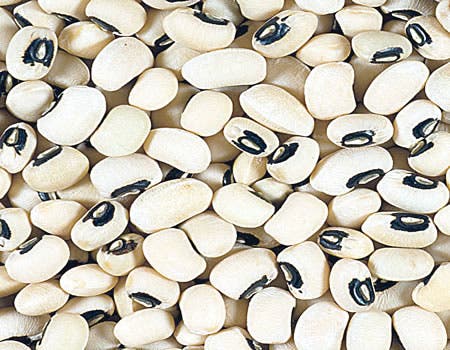 TELA maize is a new variety of maize which is Water Efficient, meaning that it is drought tolerant and also fights insects and pest such as Fall Armyworm.

TELA maize project builds on progress made from breeding work under the Water Efficient Maize for Africa (WEMA).

This new variety is a work in progress which was adopted in Nigeria in 2019 as it is currently being developed in six African countries including Kenya, Uganda, Tanzania, Mozambique, Ethiopia and South Africa.

On the economic impact, the IAR said it would save the country its import bill on maize which it spends importing over 4 million metric tons of maize annually.

It also said farmers will reduce the use of pesticides.

The principal investigator of the project at the IAR, Professor Rabiu Adamu explained that Nigeria lost about 80 per cent of maize production annually to devastating impact of biotic and abiotic agents including army worm and droughts adding that the proposed solution would eliminate farmers constraints and enhance maize value chain in the country.

He said preliminary findings noted that under stem borer and fall armyworm infestation, the TELA maize varieties gave over two tons yield advantage relative to the best varieties currently being grown by farmers.

Professor Rabiu said these preliminary findings from the first phase of the trials showed that maize farmers in the country stand to benefit when the maize is commercialized as the varieties will save farmers production cost up to hundreds of Million of naira from pesticides spray to the control stem borer and the fall armyworm.

He pointed out that the objective of Tela Maize was to further enhance food security in the Sub Saharan Africa, adding that the new crop variety will boost production yields by 50 per cent compared to non-transgenic varieties due to protection from insect damages.

He added that in spite of the identified benefits of the innovation, it was important to enlist the support of stakeholders prior to the release of the crop variety.

The renowned Nigerian scientist said while the production of maize must double by 2050, average yield of the regular maize crop is currently about two tonnes per hectare stressing that we need about five tonnes per hectare to meet up with demand.

Adamu said the stem borer, a major maize disease had been found to reduce maize yields by between 13 per cent and 18 per cent, assuring that the new variety would resolve the challenges of pest and droughts on production going forward.

However, he emphasised that the new maize variety would standout particularly during droughts and pest outbreaks adding that the GMO crop will be protected from the hazards compared to other less fortified varieties which will be devastated.

Speaking on the release of the GM maize, Professor Ishyaku said “the first step has been accomplished, one of the hybrid varieties has been released, once the seeds are multiplied in a good quantity, then these seeds can start selling.

“The the actual TELA (drought tolerant and insect resistant) will have to go through another year of multiplication before it will be available. So we are still on that target of 2022 when it will be released.

Comparing the cost of production of the GM crop and the conventional crop, Sanusi Dankawu, a maize and beans farmer, said the seeds have high potential.

While explaining on the yield, he said, “using this variety, one can get triple the use of the old variety that we have been using, that indicates that this variety has high potentials.

“As a farmer, to get higher yield one of the secrets is using seeds that have high potential.”

A farmer, Raliatu Mahmoud, said she is optimistic that new crops would give high yield as she is yet to plant the newly released cowpea.

“From the feedback my colleagues are giving concerning the newly released cowpea, I would plant it the next season so I can reduce the cost of spending so much on pesticides.

Another smallholder farmer in Kano, Khalid Salihu, said in a hectare of beans farm, he saves over N20,000 he spends buying chemicals to control Pod Borer insect because the GM beans resists the insect

While noting that a farmer would spend about N26,000 to purchase chemical and labour in cultivating one hectare of conventional variety of cowpea, he said  a farmer would use 1 and half litres of chemical which cost about N6,000 for PBR cowpea.

Speaking on maturity circle, he said the PBR Cowpea needs about 70 days to mature for harvest while the conventional one takes about 85 days.

On the pod,  he said the PBR Cowpea produces a slightly bigger seed compared to the conventional variety, but both produce the same pod.

Corroborating Salihu, a farmer Aliyu Mohammed, who noted that the PBR cowpea reduced the burden of buying chemicals, said farmers won’t have to spend much on preserving beans after harvest.

He, however, said the new variety which requires only two sprays within a season has given cowpea farmers up to 20 percent yield.