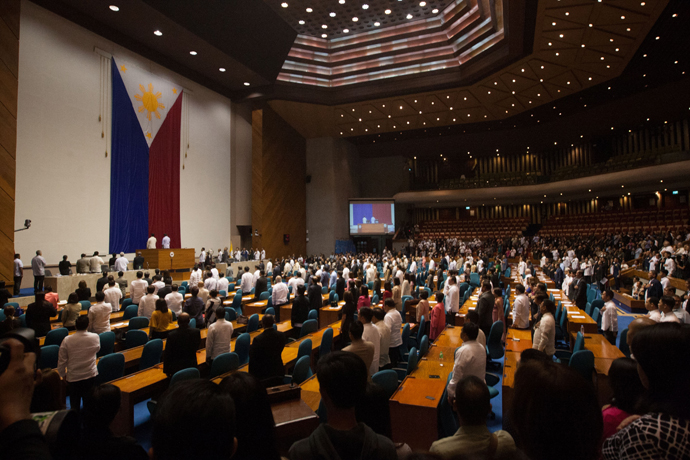 The chairperson of the House Committee on Rural Development joined AAMBIS-OWA partylist Rep. Sharon Garin in pushing for the approval of House Bill No.  3372 to promote safe and responsible use of modern biotechnology.

“I am very much supportive of the bill. This is in congruous with animal biotechnology, GMO (genetically modified organism) such as Bt corn, Bt eggplant and other food products that are resilient to weather and harmful insects or parasites.  This is resiliency and adaptation to changing climate,” she said in an interview.

The House leader said she will soon file a measure seeking to promote animal biotechnology to help improve the health and welfare of animals, and at the same time, ensure the country’s food security.

Garin has called on her colleagues to give due attention to her HB No. 3372 or the proposed Modern Biotechnology Act which does not only seek to promote climate-smart agriculture, but also to combat poverty, and eliminate the regulatory complications that are hampering the commercial release of biotechnology products.

“While the country is naturally preconditioned to hazards due to its topography and geography, the aftermath of the recent typhoons exposed the need to foster science-based methods for risk-mitigation, particularly in the agriculture sector. It is time that the safe and responsible use of biotechnology is included in the Philippine toolkit to meet national development goals,” she said.

The BioAP, under the bill,  shall be attached to function as an agency of the Department of Science and Technology (DOST).

The bill calls for the abolition of the National Committee on Biosafety of the Philippines (NCBP)  and other modern biotech regulatory bodies,  but their functions shall be absorbed by the BioAP.

The BioAP shall have a Secretariat headed by an Executive Director to be appointed by the President of the Philippines upon the recommendation of the DOST Secretary.

Garin said under her bill, the BioAP shall ensure that the government formulates and strictly implements science-based biosafety guidelines and regulations.

HB 3372 provides that the following acts shall be prohibited and penalized: unauthorized destruction of biotech crops,  whether the crops are used for experimental objectives or for production;  sale or distribution of fake genetically modified organism (GMO) seeds;  and any other acts that are inimical to the safe and responsible use of modern biotechnology and are violative of the regulations set by the BioAP.

The bill provides that if violation is committed by an individual, he or she shall be penalized with two years of imprisonment and/or fine amounting to P500,000.

If the violator is an institution or organization, P10-million fine and/or suspension of privilege to operate within the Philippines shall be slapped.

Garin’s bill also provides that any donation, contribution, bequest, subsidy or financial aid to the BioAP or any Department, state university and college (SUC), or research center in support of modern biotechnology shall constitute allowable deductions from taxable income of the donor,  and shall be exempt from donor’s tax.

An initial funding of P500 million shall be allotted for the operations of the BioAP and the needed appropriations for the full implementation of the proposed Act shall be included in the annual General Appropriations Act, the measure provides.