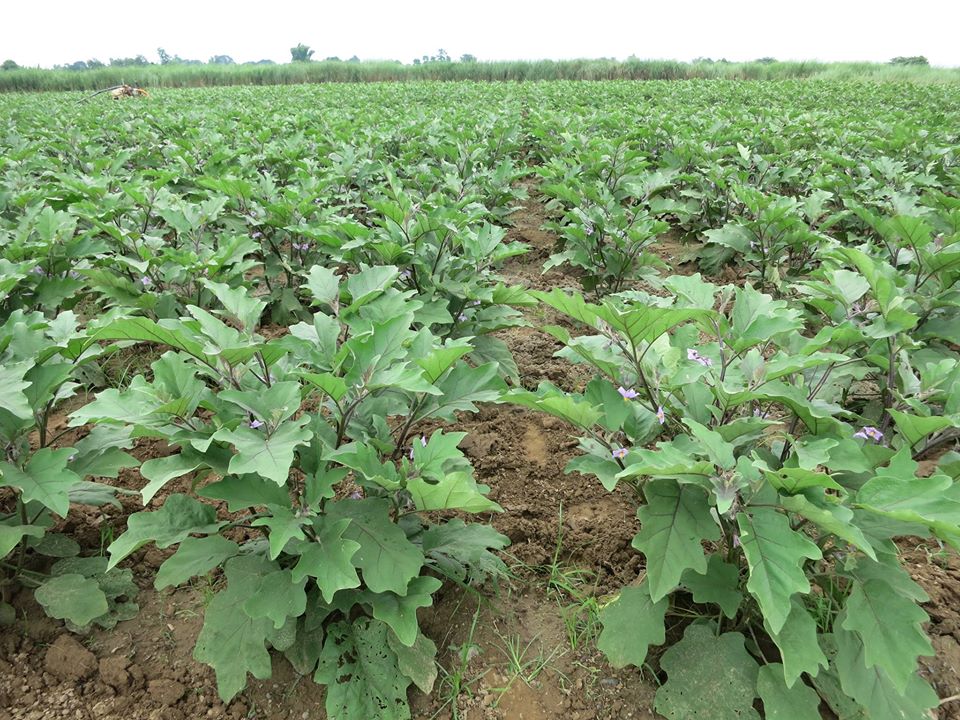 Eggplant farming is a massive industry in the Philippines, valued at PhP5.1 billion in 2017. It is a major source of income for farmers but suffers from damages brought by pests and diseases, putting farmer and consumer health and the environment at risk. Eggplants are susceptible to the eggplant fruit and shoot borer (EFSB), a pest that causes around 70-80% yield loss annually.

To address this problem, scientists from the University of the Philippines Los Baños-Institute of Plant Breeding (UPLB-IPB) developed Bt eggplant, a genetically modified (GM) eggplant that contains a gene from the soil bacterium Bacillus thuringiensis (Bt). Inserting the Bt gene into the eggplant protects the plant by making it resistant to EFSB.

Potential farmer-adoptors from major eggplant-producing provinces (Laguna and Pangasinan) express their full support for Bt eggplant and its approval for commercialization. “We’re hoping it will be released soon so that we can benefit from it already,” the farmers voice out their shared sentiment.

Mara Hazel Diaz, eggplant farmer from San Pablo City, Laguna says eggplant is very important to them as farmers. “Eggplant farming is highly profitable but we need to use pesticides to control the pest,” Mara said. According to her, even if eggplant is priced at P10/kg, they still profit from it. Mara and her husband are vegetable farmers and eggplant is their main crop. On their farm in San Pablo City, EFSB is a menace and they use a combination of pesticides to control the pest. 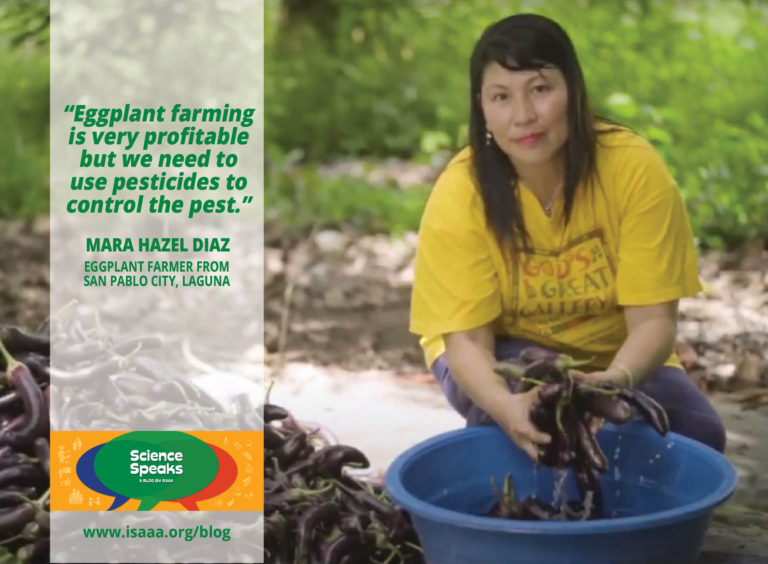 Cecilio Quiming, Jr., eggplant farmer from Villasis, Pangasinan said that they are waiting to plant Bt eggplant in their farms. Cecilio, 41 years old, has been planting eggplant and other vegetable crops on his 7,000 sq.m. farm for more than 18 years. “I harvest eggplant twice a week. I get 200kgs per harvest. If Bt talong (eggplant) becomes available, I will harvest more and spray less.” He said that he hopes to increase his harvest once Bt eggplant becomes available to them. 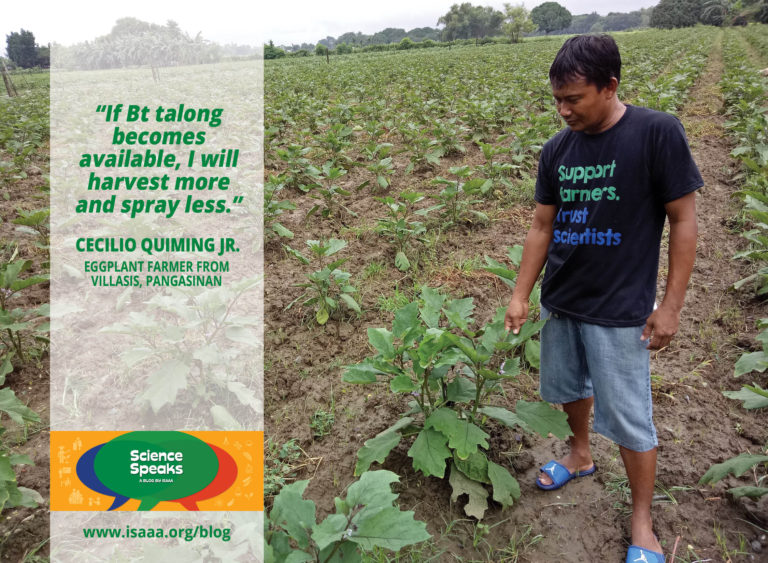 Scientists and other stakeholders, including local government representatives are anticipating the release of Bt eggplant. For more details, read the Questions and Answers about the Fruit and Shoot Borer Resistant Eggplant (Bt Talong) in Science Speaks.