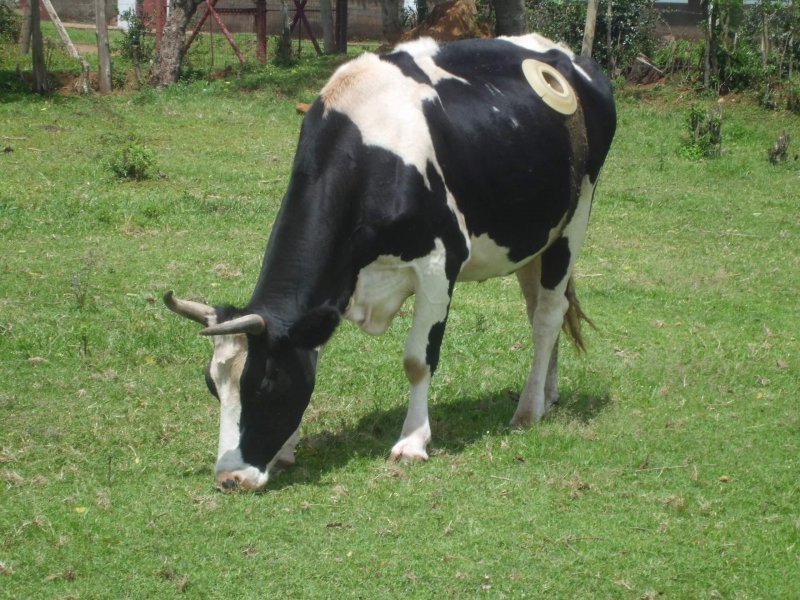 Livestock breeding is expected to be one of the engines of economic growth in Africa as it struggles to recover from the devastating impact of COVID-19. As part of this effort to help African countries realize dramatic economic growth, scientists in the agricultural sector are breeding exotic animals.

There are gigantic challenges found in the tiniest of animals: ticks that carry vector-borne diseases such as Theileria parva, babesiosis, anaplasmosis, and East Coast fever. Cattle tick parasites affect animal health, production and welfare, particularly in tropical and subtropical countries of the world, and they are vectors for numerous human diseases as well. This slew of diseases can be transmitted by ticks to humans, passed along in much the way people get Lyme disease.

The control and prevention of bacterial tick-borne diseases are particularly difficult because of the synergistic relationships between the ticks, cattle hosts and humans.  Traditional methods for the control of tick infestations have been based on use of acaricides, repellents, antibiotics, cattle breeding and extension education about recommended practices.

However, these practices have been only partially successful, and drug resistance and contamination impact on public and environmental health constitute important limitations. Therefore, scientists in a number of African countries including Uganda have resorted to developing vaccines using transgenic (GMO) genetic modification and gene editing technology, which is the more precise of the two.

Ticks affect 80% of the global cattle population. The most prevalent is the Rhipicephalus microplus species, which is found across the world and has substantial blood-sucking capacity. The annual economic impact of tick-related cattle diseases in Africa is catastrophic, with estimated losses of over $1.1 billion annually and as much as $19 billion globally.

Ticks cause significant losses in the production of meat, milk, leathers and in many cases kill the affected animals. The direct losses are related to the damage done when the ticks feed on the blood of their hosts. Animals infested with ticks reduce their feed intake to 4.37 kg compared to healthy animal intake of 5.66 kg, a loss of 20%, according to the UN’s Food and Agriculture Organization (FAO). Indirect losses are related to the infectious agents transmitted by ticks, and the costs associated with treatment and control.

According to Dr. Sam Okuthe, head of the Emergency Center for Transboundary Animal Diseases in East Africa, tick infestation and related tick-borne diseases will continue to hamper livestock growth and GDP contribution. Citing a study commissioned by the Food and Agricultural Organization in 2018, he notes that ticks, particularly in East Africa, account for more than 50% of farmers’ costs.

The livestock sub-sector contributes about 5% of total national GDP in Uganda. Because of the industry’s relative economic importance, Scientists at the country’s National Livestock Resources Research Institute (NaLRRI) have been conducting research since 2016 to develop a tick vaccine. It is a collaboration with the Spanish Instituto de Investigación en Recursos Cinegéticos (IREC).

The lead project investigator, Dr. Fredrick Kabi, is very encouraged by the results so far. Field trials at the institute indicate that once cattle are injected with the vaccine, they can resist multiple tick attacks, which helps prevent disease spread.

Cattle tick infestations and transmitted pathogens affect animal health, production and welfare with an impact on [the] cattle industry in tropical and subtropical countries. Anti-tick vaccines constitute an effective and sustainable alternative to the traditional methods for the control of tick infestations.

According Paul Kasaija, a PhD student working alongside Kabi, the vaccine works by preventing ticks from transmitting disease and reproducing. Building on earlier research, scientists first identify the genes that control these functions, then use CRISPR Cas-9 to delete certain segments of the genes, effectively “silencing” them. This edited tick DNA is used to formulate the vaccine, which triggers an immune response in the animals. When blood-sucking ticks come along, they can’t spread infection, and the females can’t lay eggs in their immunized hosts. Over time, this reduces the tick population.

Does the vaccine work?

Researchers tested this experimental vaccine by infesting animals with ticks and then immunizing them to see what would happen. Similar vaccines have been evaluated this way as well.  The researchers explained the process in detail to the GLP.

For the three host tick species, approximately 300 larvae were applied to each animal. The larvae were allowed to attach and expand for two weeks. The ear bags were then removed, and the ticks counted, weighed and incubated for molting at 20 °C and 95% relative humidity.

A 15-day-old batch of 200 nymphs was applied to each ear for two weeks and incubated for molting to adults.

30 starved adult male and female ticks were applied to the calf’s ear in bags at a ratio of one male per three females. The cells were left in position for 28–30 days to allow all the developmental stages to take place in the host.

The animals were infested with tick-borne diseases, then vaccinated. Blood samples were collected before each vaccination, which was administered three times over 45 days.

This experiment showed that the animal’s antibody response to the vaccine protected against tick infestations. The team is now set to start trials in a variety of locations, where they will test the vaccine on animals in selected farmer kraals, traditional African villages. The researchers are in talks with the National Drug Authority (NDA) to certify the vaccine for release to farmers within two years.

What’s the process for moving the vaccine from field tests to the market?

Once successful field trials are concluded, the National Drug Authority inspection team will verify that the vaccine works and give the scientists a certificate of release. It is up to the NDA to identify pharmaceutical companies that can produce enough vaccine doses to meet market demand.

Sunday Akile Igu, the program officer for law and policy on bosafety issues at African Biosafety Networks of Expertise (ABNE), notes that different countries in Africa are handling the release of GMO animal products differently.

“Under the Cartagena protocol, countries may decide to use their country drug acts to define the release of animal GMO vaccines or drugs. This is likely to happen in the case of Uganda because the National Drug Act provides for such release, although it may require some new guidelines, as it might in other countries as well.”

In Kenya, the National Biosafety Authority is already drafting guidelines on the containment and use of transgenic animals, borrowing examples from existing laws regulating animal vaccine and drug release in the country.

A number of African countries are conducting research in animal breeding using biotechnology. These include breeding GMO animals and the development of GMO vaccines and drugs.

The Forum for Agricultural Research in Africa (FARA), a technical arm of the African Union, has been pushing for the adoption of advanced technologies. In an FAO publication, FARA researcher Adama Traore notes that across the continent, excluding South Africa, there are only two organizations—ILRI based in Kenya and CIRDES in Burkina Faso—that are actively involved in livestock biotechnology research, though it could have a tremendous impact.

Other research projects focus on using artificial insemination to increase the rate of genetic improvement and reduce transmission of venereal diseases, while minimizing the cost of introducing improved stock. Countries using this technology for exotic cross breeding include South Africa, Kenya, Zimbabwe, Botswana, Ethiopia, Ghana, Malawi, Mali, Nigeria, Senegal and Sudan. Though the regulatory environment in Africa is evolving, this research is likely to be blended with biotechnology research in the years ahead.