How could biotechnology improve your life? 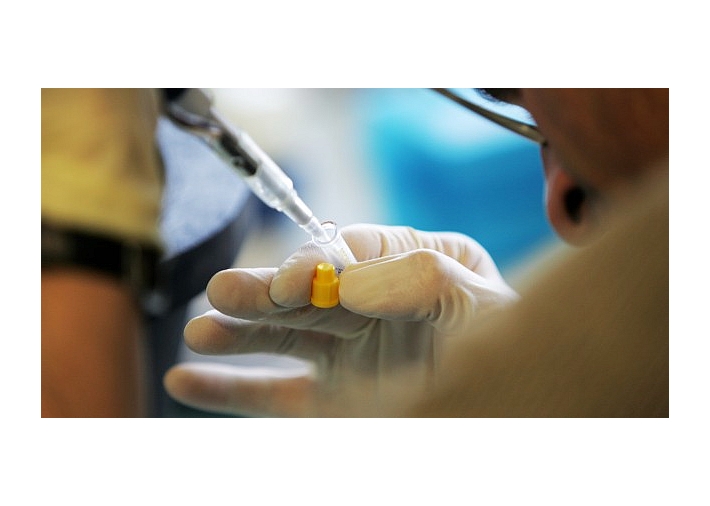 Experts on the World Economic Forum’s Council on Biotechnology have selected 10 developments which they believe could help not only meet the rapidly growing demand for energy, food and healthcare, but also increase productivity and create new jobs, should issues such as regulatory certainty, public perception and investment be tackled successfully. In this blog post, the council members make their case for each of these technologies and highlight their potential benefits:

1.    Bioproduction of sustainable chemicals, energy and other materials

Over the past 100 years, humans have depleted about half the world’s known reserves of fossil fuels. These reserves, which took more than 600 million years to accumulate, are non-renewable, and their extraction, refining and burning are a major cause of greenhouse gases and the warming of the planet. One of the most promising hopes in the sustainability field is artificial biosynthesis, a process whereby living organisms, such as bacteria, fungus or plants, are used to create fuels, chemicals and other materials.

The continuing increase in our numbers and affluence are posing growing challenges to the ability of humanity to produce adequate food and animal feed, as well as meet the new demands for biofuel. Although controversial, genetic modification of crops can help to solve this problem. The evidence shows that, in places where they are allowed, modern GM crops are contributing to the growth of agricultural productivity. In 2011, for instance, 16.7 million farmers grew biotech crops on almost 400 million acres in 29 countries, including 19 developing countries. Existing GM commodity crops also contribute to crop sustainability by permitting the use of less pesticide and decreasing the need for erosion-promoting tillage. Such crops also contribute to human and animal welfare by increasing farm productivity and reducing fungal contamination of grain.

More than 70% of the Earth’s surface is covered by seawater, and it is the most abundant water source available on the planet, but we are only starting to tap its potential. For instance, new bioprocesses can turn some types of seaweed grown in the oceans into biofuels, potentially providing an energy solution to countries that lack arable land and access to freshwater. Additionally, bacteria and microalgae that live and grow in seawater can be engineered to grow more efficiently and be used to produce chemicals, fuels and polymeric materials.

Environmentalists have long dreamed of a zero-waste society and new bio-processing techniques could help to make this a reality. Biorefineries – facilities that integrate biomass conversion processes and equipment to produce fuel, power, heat and value-added chemicals from biomass – can turn industrial waste streams into chemicals and fuels, thereby closing the production loop. Recent advances include using less-costly inputs in the bio-process, such as carbon dioxide, methane and waste heat. Other advances are also simplifying the waste streams, reducing their toxicity and moving society closer to the goal of zero waste.

5.    Carbon dioxide as a raw material

Carbon dioxide and other carbon molecules are seen as a culprit in global warming, and the environmental consequences of more of these compounds entering the atmosphere is becoming increasingly clear. Recent advances are rapidly increasing our understanding of how living organisms consume and use carbon dioxide. By harnessing the power of these natural biological systems, scientists are engineering a new wave of approaches to convert waste carbon dioxide and other molecules into energy, fuel, chemicals, and materials that may help the world meet its needs.

Many societies that are grappling with the challenge of a rapidly ageing population are increasing the demand for regenerative medicine, which holds the promise of growing tissue and organs in the laboratory and allows surgeons to safely implant them when the body is unable to heal itself. Traffic accidents and war amputations are also spurring interest in the field. Scientists are already able to engineer tissue using various biomaterials, and believe that stem cells, especially ones called induced pluripotent stem cells (adult cells that have been genetically reprogrammed to an embryonic stem cell-like state) provide another significant opportunity in this field.

7.    Rapid and precise development and manufacturing of medicine and vaccines

The ability of therapeutics and vaccines to treat and prevent diseases has been well documented. Biotechnology has been central to these advances, progressively offering the ability to make more complicated medicines and vaccines, opening up the treatment and prevention of a broader set of diseases. The leading edge of biotechnology is now offering the potential to rapidly produce therapeutics and vaccines against virtually any target. These technologies – including messenger therapeutics to stimulate the body’s natural ability to produce therapeutic proteins; targeted immunotherapies to boost or restore the ability of the immune system to fight diseases by targeting specific cells; conjugated nanoparticles, which combine antibodies and nanoparticles – have already produced potential treatments with substantial promise to improve human health globally.

One of the most real and serious threats to the human race is a potential global pandemic. Biotechnology has the potential to provide the platforms needed for rapid identification of biological threats, development of potential cures and global manufacturing of the solutions. Identification of better targets and combined use of nanotechnology and information technology are making it possible to develop rapid, accurate, personalized and inexpensive diagnostics and prognostics systems.

9.    Biotech improvements to soil and water

Arable land and fresh water are two of our most important, yet limited, resources. Sustained abuse and misappropriation have threatened these resources, much as the demand on them has increased. Advances in biotechnology have already yielded technologies that are beginning to restore the vitality and viability of these resources. A new generation of developing technologies, such as bioremediation to use microbial metabolism to remove pollutants, bioregeneration to renew or restore life-supporting resources using biological processes, and bioaugmentation to introduce a group of natural microbial strains or a genetically engineered variant to treat contaminated soil or water, offers great promise to not only further restore these resources but also to augment their potential.

It took more than 13 years and US$1.5 billion to sequence the first human genome and determine the precise order of the building blocks in our genetic information. Today, we can sequence a complete human genome in a single day for less than US$1,000. When we analyse in such a sequence the roughly 3 billion base pairs, which are the building blocks of the genome, we find that we differ from each other in several million of these base pairs. In the vast majority of cases these differences do not cause any issues, but in rare cases they cause disease or susceptibility to disease. New research and medicine will increasingly be driven by our understanding of such genetic variations and their consequences.

Author: This list has been compiled by the World Economic Forum’s Global Agenda Council on Biotechnology, of which Lee Sang Yup is currently chair. For a full list of the Council’s members see here.