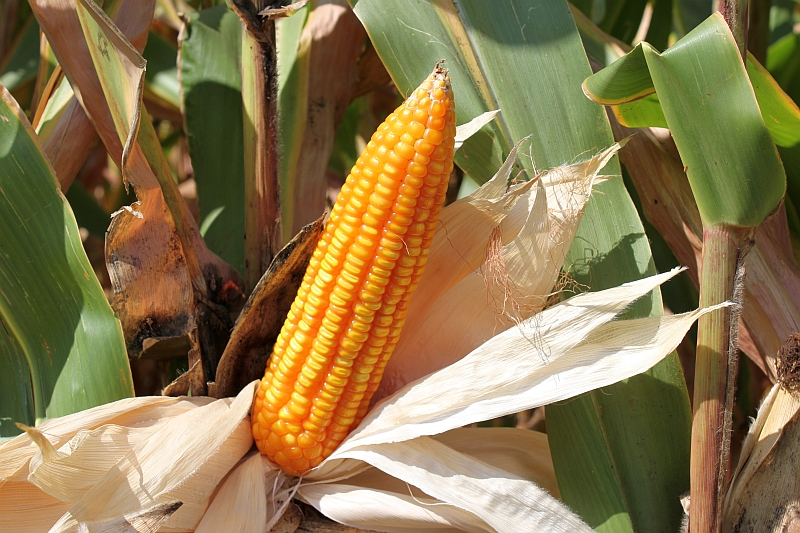 Each and every year, biotech yellow corn has increased the income of farmers by $264.5 million in the eight years up to 2011 and since the crop was first planted in the Philippines in 2003.

It’s called biotech corn because its genes have been altered to develop resistance to corn borers and to tolerate chemical herbicides that are sprayed to kill weeds in corn fields.

The Philippines, which grows approximately 2.5 million hectares of corn, is the only country in Asia to approve and grow a major biotech feed and food crop.

By 2004, the Philippines was planting biotech corn in 50,000 hectares; it reached “biotech mega-country” status that year.

A new report by the International Service for the Acquisiton of Agri-Biotech Applications (ISAAA) says biotech yellow corn in the Philippines has consistently increased by about 5 percent of the total yellow corn hectarage from the first year of commercialization in 2003.

Worldwide, the adoption of biotech crops increased 100 times from 1.7 to 170.3 million hectares from 1996 to 2012. “It is the fastest adopted crop technology,” said Dr. Clive James, founder of ISAAA and author of the report; ISAAA is a US-based not-for-profit organization which promotes biotechnology crops worldwide.

Last year, biotech yellow corn in the Philippines reached its highest ever level of 59 percent – up from 51 percent in 2011, he said in a press briefing.

In 2012, biotech yellow corn was projected to significantly increase in the wet and dry seasons to reach 750,000 hectares, up 16 percent from the 644,000 hectares of biotech corn the previous year.

“Consistent with the experience of other biotech corn growing countries, the year-by-year steady increase in adoption of biotech corn reflects the significant and consistent benefits generated by biotech corn to farmers in the Philippines,” James said.

In contrast, the total hectarage planted to the single trait biotech corn (with resistance to the borer insect) went down from 12,300 hectares in 2011 to only 3,000 hectares in 2012, or a decrease of 76 percent.

Single trait herbicide tolerant corn was planted on 72,000 hectares in 2012, which is only 9.6 percent of the total biotech corn hectarage compared to 13.4 percent the previous year.

Eight kinds of biotech corn are approved for commercial planting in the Philippines:

The majority who plant biotechnology crops are “small farmers, who are very careful, very cautious and risk-averse when it comes to planting crops,” he said, adding it reflects the confidence of farmers who decide to plant biotech crops.

“The retention rate is almost 100 percent, meaning farmers don’t give up biotech crop adoption once they have tested the technology,” he said.

Demand for food, feed and fiber will double by 2050, he continued. “It is evident that conventional technology alone won’t allow the doubling of crop production,” he said, adding that crops will be grown on less land, with less resources and in an environment-friendly manner.

“It is a big task, growing more food with less fertilizer and less pesticide,” said James, pointing out it will be mostly crops because many animals in the food chain eat crops; for example, it takes about 6 kilograms of corn to produce a kilogram of meat.

James said biotechnology crops have improved farm incomes worldwide, with gains of $98 billion from 1996 to 2011, half due to lower production costs and half due to a productivity gain of 328 million tons.

These 328 million tons would require an additional 109 million hectares with conventional crops. Thus, he said, “biotechnology is a land saving technology. Crop production can be doubled on the same global arable land area of 1.5 billion hectares.”

Biotech crops reduce the need for inputs, James said, saving on 473 million kilograms of pesticides from 1996 to 2011 and 23 billion kilograms of carbon dioxide in 2011 alone. “It is the equivalent of taking 10 million cars off the road in one year,” he said.

“In the next 50 years, the global population will eat twice as much food as the world population consumed since the beginning of agriculture 10,000 years ago,” he said, adding that biotechnology will provide much of this need.

Biotechnology is not a solve-all, he cautioned, “it needs good farming practices as well.”