What we should know about stem cell treatment in the PH 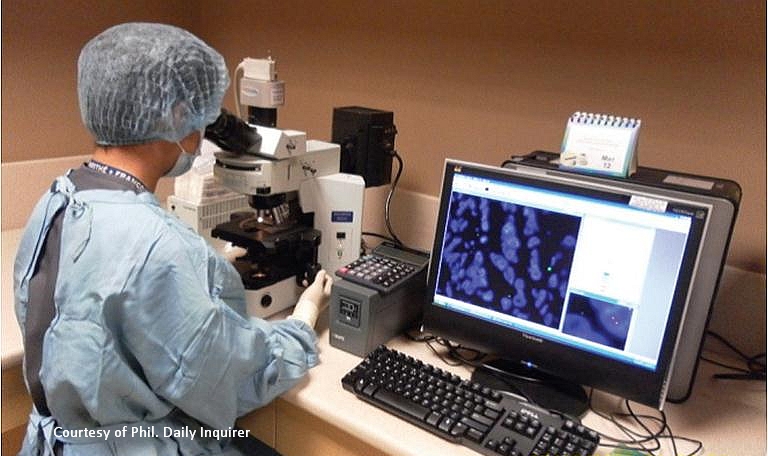 What we should know about stem cell treatment in the PH

Doctor-lawyer Samuel Bernal, an expert in regenerative medicine, believes in the true worth of the Filipinos. (CONTRIBUTED PHOTO)

MANILA, Philippines—In recent years, it’s common to hear beauty doctors in the Philippines offering stem cell therapy as if a new-found medical fountain of youth, the answer to all medical worries.

In various media platform, there are bombardment of advertisements from various hospitals and clinics packaging stem cell therapy as “cure-all” remedy.

With such medical breakthrough, it begs the question on how equipped we are in offering such services. We can’t help but ask the parameters on distinguishing the real experts from seemingly fly-by-night clinics and medical centers.

Filipino-American doctor-lawyer Samuel Bernal, an expert in the fields of regenerative medicine and regulatory law, said the public should take a lot of precautions.

“Be careful. Number one, stem-cell therapy is not a ‘cure-all’ (medical procedure),” he said in an interview with the INQUIRER a few weeks after receiving the 2012 Presidential Award for Filipino Individuals and Organizations Overseas at the Malacañang Palace.

“The goal of stem-cell therapy is not a longevity-anti-aging program. Stem cell therapy is actually trying to allow the body to heal itself,” he said.

He explained stem cell treatment requires “analyzing at the molecular level what is causing the problem or (what could be done) to prevent the problem.”

“Stem cells are just a small part of molecular approach to medicine. When someone is just collecting and injecting cells, that is really missing the point,” Dr. Bernal emphasized.

“So be careful, especially with any service that offers embryonic stem cells from aborted fetus, or genetically altered sources and most especially from animal cells,” he said.

Not in any clinic

“Number two precaution, you can’t really get this (stem cell therapy) in any clinic somewhere. Like in a hotel or a mall,” he said.

He added one needs a major health or medical center. In the Philippines, he cites the Medical City, St. Luke’s Medical Center “which is focused more on the eye,” and the Lung Center of the Philippines, which is obviously focused on the lungs, among others. “These are legitimate medical centers (that can perform the stem cell treatment),” he said.

Though educated and trained abroad, since 1992 Dr. Beltran has been consultant director at the regenerative medicine department of Medical City in Pasig City and has been visiting professor at the Ateneo de Manila University School of Science and Engineering.

As an example, he explained how they do it in the Medical City.

He emphasized having physicians around is not the only requirement to perform the stem cell treatment.
Dr. Bernal accepting the 2012 Presidential Award for Filipino Individuals and Organizations Overseas at the Malacañang Palace. CONTRIBUTED PHOTO

“You need an army of basic scientists in molecular biology, biochemistry and biochemical engineering,” he said.

“Receiving this treatment in some clinic, you’re better not doing it at all.”

Each patient is unique

He said that even though “each day we have new discoveries” in the field of regenerative medicine, one thing is certain: Every patient is unique, very different from the other.

That’s why the existing standards, guidelines and “one-size fits all” approach don’t work.

He explained why data from one patient does not apply to another.

Dr. Bernal explained why stem cells can’t work by itself.

“It’s not an easy thing, na you just collect stem cells from the bone marrow and you inject to a patient with heart disease and he will be healed,” he said.

“Stem cells need other components. Remember we are not just a bag of cells. We need the components of maturation factors and growth factors.

“Third, there’s the dimensional architecture, composed of molecules. Fourth, there’s electrical energy and signaling, which are all very critical.

“Our brains, hearts, our eyes, livers, bones, all are electrical.

“That’s why stem cells by themselves don’t work. It’s only part of molecular medicine and it’s not a cure-all remedy.”

Philippines among the best

The good news is, Dr. Bernal assured the Philippines already has the capability to perform the treatment and the medical institutions offering it are among the best in the world.

“The best, most advanced, customized services are right here in the Philippine. There’s no reason for Filipinos to travel abroad. Not even to US or Germany and definitely not to Singapore,” he said.

“In fact, it’s not a matter of theory but actual practice. We have gained competitive advantage so that Filipinos don’t have to travel to US or Europe. Yet most of our fellow Filipinos don’t know this.”

When we pointed out it has something to do with colonial mentality, Dr. Bernal agreed.

He said he knows there are cases when patients from North America “who could not be treated anymore there come here in the Philippines.”

“We have patients from Germany, Norway, Indonesia, Malaysia, Canada and Singapore. I wonder why are Filipino patients flying abroad?”

This is one of the major concerns being addressed by the organization of accomplished overseas Filipinos he co-founded.

The non-profit, non-governmental organization was founded during the “First Global Summit of Filipinos in the Diaspora” held in the Philippines in September in 2011.

Based on a May, 2012 article on INQUIRER.net, the organization aims to articulate “the Filipino migrant community’s concerns and desire to help in the development both of their host and home countries.”

The council also drew “a framework for Filipino communities to interact and work with multi-sectoral groups of both host and home countries in addressing issues, empowering migrants and strengthening their capacity to re-engage with the Motherland.”

Dr. Bernal’s focus, he said, is on health and science.

“We’d like to open opportunities not only in scientific field like molecular biology. We’d like to focus also on stem cell research’s contribution to the Philippines,”

On the business side, he said the council’s purpose is to increase the competitiveness of our Philippine hospitals, doctors and scientists.

“Instead of exporting our health professionals abroad, we’d like to open opportunities here. We are trying to develop the industry here by involving legitimate services.”

He added: “The legitimacy has something to do with providing technologies related to molecular biology of cells, in order to provide appropriate treatment that is designed, customized for each patient.”

In 1975, he completed his medical studies and obtained an M.D. degree from the University of Chicago. Early in his career, Dr. Bernal conducted experiments in nanotechnology involving protein synthesis in vitro and stem cell growth and differentiation.

At the Johns Hopkins Hospital, while continuing his research in the Human Biochemistry, he underwent medical specialty training in Internal Medicine from 1976 to 1979.

In 1979, he continued his training as fellow in Internal Medicine at Harvard Medical School, and as fellow in Medicine at the Peter Bent Brigham Hospital in Boston. From 1979 to 1981, he underwent medical subspecialty training in Oncology (Cancer Medicine) at the Dana-Farber Cancer Institute at Harvard.

Dr. Bernal is Board Certified in Medical Oncology and is a Diplomate of the American Board of Cancer Specialists. From 1981 to 1983, he was a post-doctoral research fellow in Cancer Biochemistry, while appointed as Instructor at Harvard Medical School.

From 1983 to 1989, he was Assistant Professor of Medicine at Harvard Medical School, where he was conducting research in the differentiation and maturation of human cancer cells.

From 1989 to 1992 he was Associate Professor of Medicine at Boston Univer­sity, where he examined Drug Resistance of Cancer Cells. Dr. Bernal transferred to University of California, Los Angeles in 1992, where he was Professor of Medicine, Director of the Cancer Center of the Great­er Los Angeles VA Health Care System, and Attending Physician at Cedars-Sinai Medical Center. He is currently Professor Emeritus of Medicine at UCLA San Fer­nando. He has an active clinical practice, treating patients with new biotherapies including stem cells.

Dr. Bernal completed his Doctor of Jurisprudence degree in 1997 at the Loyola University Law School in Los Angeles. He specializes in Regula­tory Law, particularly FDA and FTC regulations and in Medical Malprac­tice. He also completed a program in Comparative and International Law in Trinity College, Cambridge University, England. He is a licensed attorney in California State Courts and the U.S. Federal Courts.

He is currently in the senior lawyer program of the Center for International Business Law in Salz­burg, Austria. Dr. Bernal completed his M.B.A. degree in a business program for company presidents at Pepper­dine University, in Malibu, California, specializing in biotechnology business strategies. He is a founder and chair­man of LA-Boston Bioresearch Fund, a biotechnology research and consulting organization based in California, and GlobeTekPro International technology services and products.

Dr. Bernal published numerous scientific journal articles and several books including one on Lung Cancer Differentiation and Drug Resistance in Oncology. He is a member of the American Association of Clinical Oncologists, the American Association of Cancer Researchers, and a recognized cancer investigator with the U.S. National Institutes of Health.

He is a also member of the Board of Directors of several business organizations and foundations. Dr. Bernal’s legal practice includes Medical Malpractice, Medical Product Liability, and FDA and FTC regulations in the testing, approval, advertising and marketing of health products. He has served as consultant and panel presenter for FDA and FTC cases involving medical devices, nutritional supplements and pharmaceuticals.

His laboratory continues to create advances in cancer and stem cell growth and differentiation.