Personalized drug dosage is BPI-DOST’s Project of the Year 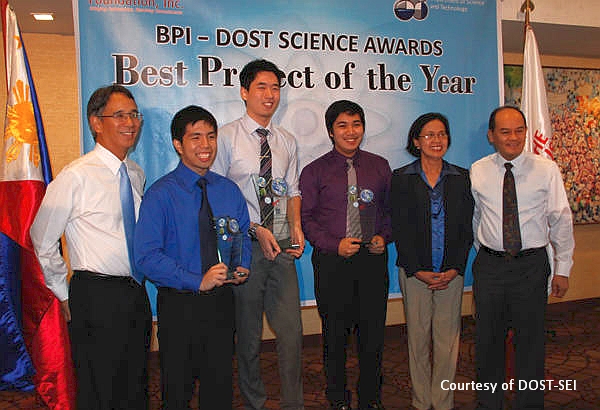 Personalized drug dosage is BPI-DOST’s Project of the Year

MANILA, Philippines – A student from the University of the Philippines Diliman won this year’s Bank of the Philippine Islands – Department of Science and Technology’s Project of the Year, with a study that aims to address the fatal mismatch between drug dosage and a person’s genetic makeup.Jann Adriel Sy, a senior molecular biology and biotechnology student won the award along with P50,000 cash for his project titled “Single nucleotide polymorphisms in the 3 ‘untranslated region of the pregnane X receptor gene and inter-individual variability in drug responses'”. His study focused on adverse drug reactions, which is among the leading cause of death in the United States. Sy said standard drug dosages do not guarantee normal metabolic responses for each individual. Hence, a person should be prescribed with the right dosage that matches his/her genetic profile.“I think that the study can actually bring us closer to the goal of personalized medicine – drug dosages tailored to specific individuals and each person’s specific drug metabolic speed, thereby reducing the risks of side effects or drugs having no apparent reaction or benefit,” he said, adding that is project is relevant to all human beings.

Dr. Filma Brawner, Director of the Science Education Institute of DOST, said the competition is a proof of the Filipino’s competitiveness in the filed of science and technology research.

“Scientific research provides optimism for the Philippines and other developing countries in their drive to be at par with the high performing economies of the world. Through research, we are able to come up with new knowledge and ultimately, technologies that should contribute in enhancing productivity of our local industries,” she said.

The BPI-DOST Best Project of the Year is an annual research competition that recognizes students who excel in specialized fields of science such as mathematics, physics, chemistry, engineering, computer science, biology and environmental science.