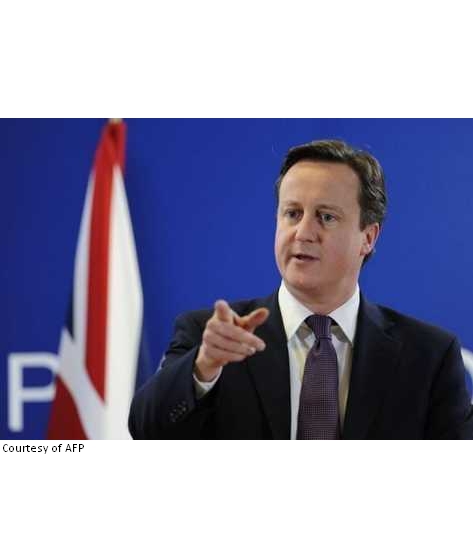 European Union bureaucrats are being urged by David Cameron to let more farmers grow genetically-modified crops in the UK.

Downing Street said it was working behind the scenes to encourage European Commission officials to make it easier for farmers to grow GM crops.

The news came after Owen Paterson, the Environment, Food and Rural Affairs secretary, said in an interview with The Daily Telegraph that GM food should be grown and sold widely in Britain.

Mr Paterson also described consumer opposition to the technology as a “complete nonsense” and said the artificially developed food had “real environmental benefits”. People were even eating it in London restaurants without knowing it, he said.

The Prime Minister’s official spokesman said: “This is something that is regulated at a European level by the European Commission.

“The Commission is currently looking at ways to make the regulatory system more efficient and more effective, and we are engaging with that because we think it would be possible to speed things up.

“We think this should be based on the science and we need to ensure public safety but if we can speed up a slow system then we should do that.”

Officials at Defra pointed out that only one GM crop – a type of potato used to make industrial starch – has been authorised by the EU since 1998 and this process took 13 years.

Some senior Government figures privately believe that the technology — which can increase crop yields and prevent disease — is essential in assuring Britain’s future food security and to avoid dependency on imports.

Number 10 said the Government approved of food manufacturers using GM technology providing “it is used safely and responsibility it can deliver benefits and held address the challenge of global food security.

“We believe it should be dealt with in a safe way. Obviously there is a regulatory environment which we need to respect and we have to ensure public safety, and take decisions based on the scientific evidence.”

However environmental campaigners urged caution. The Soil Association said a survey that showed that number of people who thought GM food “should be encouraged” dropped from 46 per cent in 2002 to 27 per cent in 2012.

Peter Melchett, the association’s policy director, said: “Owen Paterson is wrong to claim that GM crops are good for the environment. The UK Government’s own ‘farm scale experiment’ showed that overall the GM crops were worse for British wildlife.

“US Government figures show that overall pesticide use has increased since GM crops have been grown there, because as scientists opposed to GM predicted, superweeds and resistant insects have multiplied.”