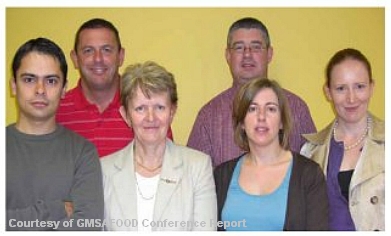 Bt maize caused no adverse effects on growth performance following short (31 days), medium-term (110 days) feeding trials. A trans-generational study found that feeding Bt maize to sows during gestation and lactation resulted in offspring with improved lifetime growth performance, even though no differences in the birth weight of piglets was observed. Organ structure and function of pigs fed Bt maize as well those of the offspring at birth from sows fed Bt maize was normal. Based on the parameters investigated, feeding of Bt maize to pigs of different ages and for extended periods of time is safe.

Alpha-amylase inhibitor (AAI) peas compared with the isogenic parent line and an Irish-grown commercial field pea variety had no effects on growth performance or organ weight. Some changes in haematological parameters were found between pigs fed the isogenic and AAI peas, however, no differences were found between AAI peas and commercial field peas. This highlights the importance of correctly interpreting data on GM ingredients. Even a comparison between two conventional varieties of any feed ingredient is likely to yield differences in some parameters of interest. Therefore, it is important that feeding trials investigating the safety of GM ingredients should also include a comparison to other conventional varieties of the same feed ingredient.

No allergenic responses to Bt maize were found in pigs. The Bt toxin and cry1Ab transgene were not found outside of the intestinal tract. Feeding alpha amylase inhibitor peas had no effect on pig health.