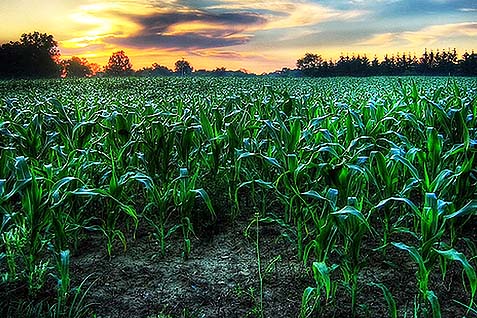 A personal assemblage by Peter Davies July 2012
Note: some of the text below is copied directly from the cited web sites or magazines with no attempt to rewrite.

Biotech crops and foods derived from them are assessed carefully for safety by national food safety authorities before they are marketed, and—more importantly—there is no scientific reason to believe they pose and new or different risks.

2010 Report From the EU Commission Directorate-General For Research:

“The main conclusion to be drawn from the efforts of more than 130 research projects, covering a period of more than 25 years of research, and involving more than 500 independent research groups, is that biotechnology, and in particular GMOs, are not per se more risky than, for example, conventional plant breeding technologies.”

In general statements, or non-peer reviewed information, found in reports or on web sites should be regarded simply as the opinion of the author(s). Indeed most “information” on anti-biotech web sites ranges from opinion to downright falsehoods that completely overlook the scientific evidence. However scientists have long held peer-reviewed research in high regard, and in any public presentation on biotech crops opponents will cite certain peer reviewed papers purportedly showing that biotech crops and foods are dangerous. Prime amongst these are a series of papers by Gilles-Erik Séralini and his colleagues, who have produced a series of peer-reviewed papers claiming harmful effects of GM crops fed to animals, as well as damaging effects of glyphosate.

There are three things you need to know: First not all scientific journals are equal: those like Nature and Science have very strict standards and low rates of acceptance of a paper. Others have very lax standards, and, even though peer-reviewed, the reviewers are likely to be persons without a critical mindset, and the journal has a high rate of acceptance of submissions. Virtually all of Séralini’s papers are in such journals. The second fact is that Séralini’s data is deemed unacceptable by authorities in the field (see below), and only regarded as important by supporters of the author; and third, these are isolated papers as against the overwhelming number of studies that have results opposing the results of Séralini, and yet most of these studies are conveniently ignored in Séralini’s paper.

Séralini claims that Monsanto’s data show that there are statistically significant differences between the control groups and those fed Mon863, a type of Bt maize. It’s important to recognize that when a large number of comparisons are made, there will always be a small number of comparisons that show seemingly significant differences. In fact, the statisticians must choose how they define what is “different” and obviously, the narrower the range allowed by the definition, the more differences will be seen. Séralini adjusted the analysis in an attempt to make it appear that results obtained with GM corn were more different (than Monsanto had found) than those obtained with conventional corn. One test of false differences is to see if groups fed different amounts of the corn being tested develop proportionate differences. Séralini claimed differences at 11 percent corn in the diet were not observed at 33 percent, so the above relationship clearly did not hold. More importantly, experts have consistently concluded that none of the differences have any biological significance—that is to say they would not harm the animals in any way.

The Science of Things That Aren’t So

Forbes February 22, 2012 [Excerpted with no additions]

By Bruce Chassy and Henry I. Miller

Bruce M. Chassy is a Professor of Food Science & Human Nutrition at the University of Illinois at Urbana-Champaign and a former member of FDA’s Food Advisory Committee; Henry I. Miller, a physician and former director of the FDA’s Office of Biotechnology, is the Robert Wesson Fellow of Scientific Philosophy and Public Policy at Stanford University’s Hoover institution.

The line between incompetence and sloppiness and falls into the category of scientific misconduct some scientists whose research reflects an obvious political agenda. Often, that agenda is intractable opposition to and obstruction of whatever research, product or technology they happen to dislike.

A current example of a scientist who is less guilty of actually fudging data to get the desired answer than of performing poorly designed experiments and grossly misrepresenting the results is the French biologist Gilles-Eric Séralini, who has made a specialty of poorly designed, irrelevant, uninterpretable (but over-interpreted) experiments intended to demonstrate harm from genetically engineered (also known as “genetically modified,” or GM) plants in various highly contrived scenarios.

His latest exercise in science-for-propaganda is an article that purports to show toxic effects of two [proteins] from a bacterium called Bacillus thuringiensis (Bt), that have been introduced into many varieties of corn, soybean and cotton to enhance insect-resistance. (It is noteworthy that spores and purified proteins produced by Bt have been used to control insect pests since the 1920s; considered safe except to susceptible insects, various strains and formulations of Bt are readily available to home gardeners.) Séralini and his collaborators examined the effects of two Bt toxins (in the presence and absence of the herbicide Roundup) in vitro on a line of cultured embryonic kidney cells. They looked for – and found — effects on three biomarkers of “cell death” – namely, changes in the levels of several enzymes.

There are a number of fundamental flaws in Séralini’s experiment. First, because testing in a Petri dish is poorly predictive of effects on an intact animal in the real world, it is not a substitute for testing in whole animals. Many chemicals and proteins that we consume routinely and uneventfully would be toxic if applied directly to naked cells. So that absorption and distribution in the body are taken into account, toxicological testing should be performed in a way that resembles the anticipated exposure(s) of the intact organism in the real world.

Second, almost every chemical tested is toxic to isolated, naked, literally defenseless cells in Petri dishes. An elevated concentration of table salt, for example, causes plated cells to wither and die; many are likewise sensitive to small changes in pH [acidity]. This situation is very different from an intact, living organism: Animals have evolved elaborate defenses against the millions of chemicals present in the environment that can harm cells. The first line of defense is as simple as their skin, and the cells that line the gastrointestinal tract constitute a similar barrier. Bt proteins cannot penetrate those cells, so other cells and organs in intact animals are not exposed to Bt proteins. This fact — which Séralini conveniently ignores — has been known for decades.

Third, Séralini and his fellow travelers ignore the ancient adage that the dose makes the makes the poison. It has been known since Paracelsus made the observation in the 16th century that all things can be poisonous but the dose determines whether or not they are harmful. Without expressing it in those terms, we all know it to be true for substances as disparate as carbon monoxide and Tylenol.

Séralini’s claim that in his experiments the cultured cells were exposed to agriculturally relevant doses of Roundup, a brand name of the ubiquitous herbicide glyphosate, is disingenuous. The food products produced from widely cultivated, herbicide–tolerant, genetically engineered soybeans and corn contain only minute amounts of Roundup that are several orders of magnitude lower than those used by Séralini in his experiments. Roundup itself is about as toxic as baking soda. Parenthetically, it is interesting to note that Bt protein actually protected exposed cells from damage by Roundup. But of course in the real world isolated cells would never be exposed to either substance.

Fourth, Séralini’s results are trumped by the well-known findings from actual animal feeding experiments: Bt proteins do not harm animals at doses a million times higher than humans would encounter in their diets. Numerous peer-reviewed scientific articles have established that Bt proteins are non-toxic to animals or humans. Bt proteins have narrow biological specificity and affect only a few species of closely related insects but have no effect on other insects or higher organisms. These facts alone make Séralini’s experiment irrelevant.

Finally, toxicologists evaluate potential harmful effects based on dose and the levels and frequency of exposure. In the United States, the vast majority of the corn harvested goes to animal feed and biofuel; less than 2% of the total corn harvest is used to make corn meal based products (chips, meal, etc). In many of these products the corn meal is processed in a way that destroys Bt proteins.

In any case, baking or frying would denature the Bt proteins, and the other food uses are mostly highly purified starches and oils which would have no Bt content. The critical point is that the anticipated human exposure to active Bt proteins is nil. Even if small amounts did survive processing and were consumed in active form, they would be denatured by acid and digested in the gut. And finally, even if for some reason they remained undigested, they would not be absorbed through the gastrointestinal tract’s epithelial cells.

Such flagrantly flawed, irrelevant experiments will never make inroads in the scientific community, but their existence is important nevertheless because their spurious findings are picked up and repeated again and again by anti-biotechnology activists.

Sometimes they even find their way into the mainstream media, and therein lies the danger. It distorts public opinion via the phenomenon of “information cascade.” This is the way in which incorrect ideas gain acceptance by being repeatedly parroted until they are accepted as true even in the absence of persuasive evidence.

Many misconceptions about certain disciplines, technologies, or products—such as genetic engineering—arise from the constant drumbeat of dubious accusations from advocacy groups, politicians, and the media. The promotion of technophobia has become a major industry in the United States and Europe.

Another factor that contributes to misapprehensions among the public is what has been dubbed “rational ignorance,” which comes into play when the cost of sufficiently informing oneself about an issue to make an informed decision on it outweighs any potential benefit one could reasonably expect from that decision. This is unfortunate because free speech and democratic processes can only serve society when citizens are well enough informed to be able to reject pseudoscientific claims like Séralini’s and those of other propagandists and abusers of science.

In free societies propagandists like Séralini can commit misdemeanors or even misconduct without fear of retribution. To hold those who would abuse science accountable, other scientists must expose deceptions, and journals must perform rigorous, conscientious peer-review of articles (more rigorous and conscientious, certainly, than was done on Séralini’s article).

Claims about animal studies should be viewed with great caution

Interestingly, eating too many tomatoes (or many other foods or drugs) can kill rats. For example 13 tomatoes/day are sufficient to kill about half of the rats because tomatoes contain a lot of potassium and too much potassium can be lethal. It is very difficult to do animal feeding studies with whole foods correctly. Great care must be taken in the design, execution and analysis of such studies. Investigators must be very careful to reproduce and test their results since false positives are common. To date not a single rigorous study of GM foods in animals has revealed any adverse effect (EFSA 2008).